What are the Quiocta Caverns?

Near the small town of Lamud are a series of caverns that head deep into the mountains. There are six connected caverns, all very wet and muddy. Hence the need to bring rubber boots or rent them from your guide. When you sign in, the entrance fee includes the use of a headlamp or flashlight, quality not assured. It is a very good idea to bring your own.

Our guide was called “Professor” – I have absolutely no idea if he was actually one or not. He was knowledgeable enough, though. After we parked the van and we all pulled on rubber boots, our group tramped through the fields for about ten minutes before reaching a staircase leading down to the cavern’s entrance. We signed in, gathered various light sources, passed a sign admonishing visitors to be quiet, and headed into the dark cavern.

It quickly got pitch black as we moved away from the entrance of the cavern. Our headlamps and flashlights bobbed around the space, picking out rock and more rock. But most of the time, everyone’s light was pointed downwards as the cavern floor was filled with puddles and mud. We had to ensure that we only stepped on solid rock, which was not always easy to find. Even with the boots, we didn’t want to step into the sucking mud – who knows if our feet would still be boot-encased when we yanked it back up! Our spanish-only group, using my crappy spanish, bonded over pointing out danger spots and helping each other over tricky situations.

What is there to see in the dark Quiocta Caverns?

When visiting a cavern, one would expect to see stalagmites and stalactites. It was not any different at these caverns and there were some pretty neat examples of both. The group had to work together to shine light on them to highlight them properly. This cavern was very much “undeveloped” in the sense that there was no electricity on a timer here. It made for a rugged cavern visit than some of the more famous ones that have been made comfortable for tourists.

The only living things we saw in the caverns were a few vampire bats. As for dead things, there were human bones and skulls. Really. The neat thing about these caverns is that they were once used by the Chachapoya people as a burial place. From what I understand, not much is known yet about this practice so I’m not sure if it had been only important people – but it would make sense if it were. We were told that the bones we saw were original to the place and I can only take the guide at his word. A while ago, someone would have left offerings of flowers and coca leaves (now dried) on a pile of bones found near the cavern entrance. No offerings were found on the skulls deep in the caverns – too spooky, perhaps? I will admit, the total darkness was a little unnerving at points, especially knowing these caverns are essentially a mausoleum.

Don’t forget to admire the landscape!

One of the other neat things about Quiocta caverns isn’t the caverns themselves – it’s the setting in which they lie. When you visit, take a moment to just look at the countryside, the wide fields under which there are more caverns and who knows what else. That is the amazing thing about northern Peru – as you look around, as you move around the country, you come to understand why things are still being uncovered here. Why the tourism industry is still rather under developed here. It is so time consuming and difficult to move around the Andes, so many twists and turns spinning you off to all sorts of hidden corners. Who knows how many other Quiocta Caverns or Revash or Karajia there are, still waiting to be explored.

Funeral ceremonies and horror cabinet of the Cloud Warriors

The village of Karajia is located within the Amazon region and has access to the lower edge of the village. In a building of the village community the entrance fee is to be paid and you have also the possibility to register in the visitors book. 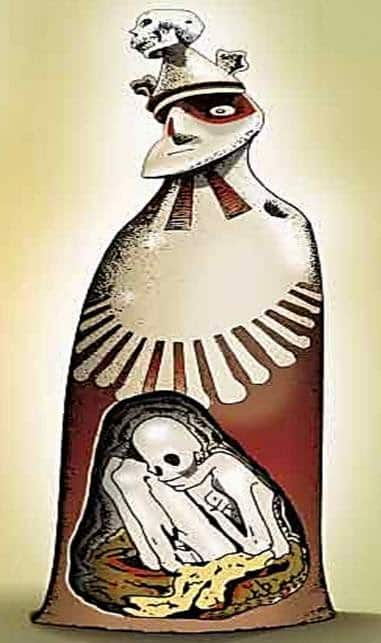 In addition, they also offer a service here, which can bring you on the horse to just before the burial place down the slope. The path between the fields is sometimes not very easy to commit and we definitely recommend sturdy footwear. From the edge of the village it is about 1 kilometer, until you reach the burial place. Depending on the weather, the trail drifts from muddy to uneven. With a bit of patience, you can reach the steep, sloping path in about 45 minutes.

Arriving at the wall of rocks, the fascinating view of the sarcophagus, which is about two and a half meters high, is about halfway up the slope. The stories about the sarcophagi go in different directions.

Some claim that only princes of the Chachapoyas were best buried in clay and straw sarcophagi. Some of these sarcophagi have fallen into the depths during various earthquakes some time ago. Today there are still sarcophagi in 3 places, which come from different eras. The places all have a view to the east, where the days start from the sunrise. This too indicates an expected rebirth. Other stories claim that many respected warriors were buried here, who, through their deeds during their lifetime, ensured the protection of village communities in the region. Other archaeologists believe that it is the remains of the highest priest of Kuelap.

During the discoveries and researches it was found that the deceased, as in many other places in Peru also (eg also in the Nazca region seen in the cemetery of Chauchilla), were buried in the fetal position, sitting with his legs bent and arms pulled up , This squat position indicates that the population at that time believed in a return or rebirth and thus their deceased buried so. It is still not clear exactly how the deceased and the sarcophagi reached such heights. However, it is believed that a projecting ledge led there, which was later demolished to protect the buried from destruction, e.g. by grave robbers or to protect the Spaniards. 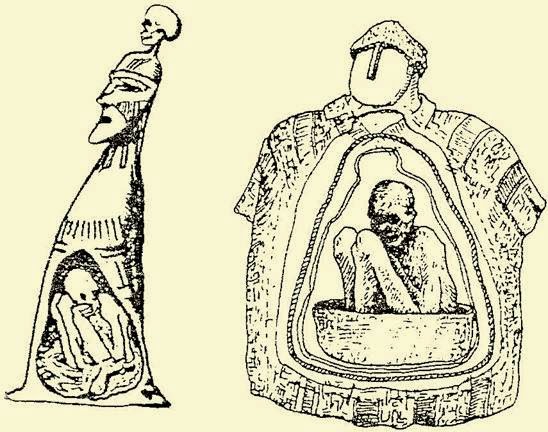 The Chachapoyas tribe in this region also had various burial rites. Not too far away is the well-known town of Revash. There, the deceased were buried in small buildings that were built as mausoleums directly into the hillside.

Further towards Cajamarca there are other sites that look similar. The Otuzco and Combayo ventanas are similar examples in which the deceased were buried at higher elevations on the slopes in niches.

All burial places have but one thing in common: they have always been made high above usually inaccessible places. They point in their direction to the sunrise and look at villages or lagoons. The Chachapoyas were concerned in their thoughts that the deceased would continue to watch over them.

If you would like to learn more about the sarcophagus and other significant archaeological sites in the area after visiting Karajia, we recommend visiting the Centro Mallqui Museum in Leymebamba.

How were they discovered? 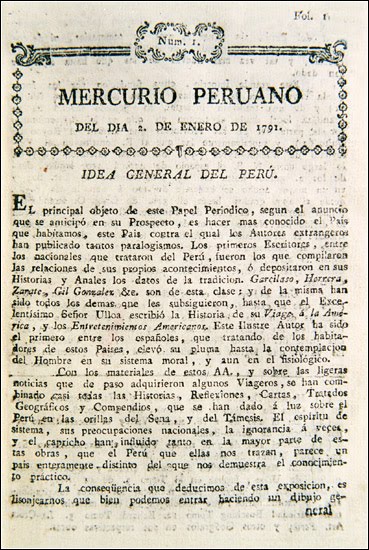 The Chachapoya had the custom to bury their dead in humanoid-like sarcophagi and the first time this burial form was mentioned in the “Mercurio Peruano” of 1791. But only in 1985 did the expedition manage to locate the site of Karajia in the district of Luya, in the region of Amazonas, in northern Peru, by the Peruvian archaeologist Federico Kauffmann Doig. Today, the sarcophagi of Karajia are the most important known accumulation of intact sarcophagi and are an important national site in the list of archaeologists. The sarcophagi were made from a mixture of loam and straw. According to an investigation, they can date from the years 1460 to 1470, that is, even before the Incas, which later conquered this region.

The largest of the sarcophagi measures just over two meters and all sarcophagi have a large head with a dominant chin. The archaeologists assume that this style largely corresponds to the tribes of the Chachapoya, most likely for Peruvian standards and people of that time were very tall and fair-skinned. Also, the archaeological studies assume that it is mostly male deceased, as on some of the sarcophagi some phallus-like ornaments were applied. The theory, which is said to have been well-respected warriors, is reinforced by the above the sacophagi heads applied skull. But we do not know any details yet.