In addition to the ceramics, gold works, jewels and textiles of various peoples are shown. This permanent exhibition presents valuable ornaments once adorned with the rulers of these indigenous societies. Imagine how the inhabitants of the andean region looked like with nose rings, crowns and masks. In the gallery of cultures, you will learn a lot about 10,000 years of peruvian history. It is divided into four parts based on the geographical location. The museum offers guided tours in English.

The museum was named after Rafael Larco Herrera, who started this collection of pre-columbian artefacts. The museum was opened on Independence Day 1926.


An impressive testimony of ancient culture

This pyramid was one of the waypoints of past peruvian culture. Today it is an impressive example of the architectural achievements of this era.

The Huaca Pucllana is an ancient pyramid made from air-dried adobe bricks. The pyramid was built around 500a.Chr. as a significant meeting place for ritual and political activities of the natives. Today it is one of the interesting places in Lima to learn more about the history of Lima. The pyramid consists of clay and mud bricks. The temple is located in an area that is protected and is almost 5 hectares.

Guided tours in Spanish and English are offered. Once you reach the top platform of the structure, you can take in a magnificent view of the buildings of Miraflores. The temple walls offer many motifs for souvenir photos. The not quite arbitrary arranged bricks of the building form interesting patterns and relief-like structures.

Around the temple is a square made with walls and rooms of the same building material. You can enter the chambers, halls and entrances to learn more about the history of the more than 2000 years old facility. Imagine how the Lemen people lived at that time.

The name of the temple comes from the Quechua language of the South American indigenous people and means “player ritual”. In and around Lima there are more ancient temples called Huacas.


We visit the birthplace of Lima as part of a city tour. An attractive antique fountain in the center is surrounded by the very majestic cathedral, the Palacio Gobierno (the Government Palace) and several colonial buildings, which today are mostly used by mayor’s offices.

The Plaza Mayor is a very spacious square in the middle of the historical center of Lima, which also houses several of the major attractions of the state capital of Peru. The Government Palace also occupies the entire north side of the square, while the Lima Cathedral is on the eastern side. Due to the importance of these sights, this area is known as the center of Lima (Centro Lima). At the center of the square is a large fountain, which is visited daily by many thousands of tourists. Green areas and trees surround the edges. For car traffic, this place is now closed for some time, only tour buses and small horse-drawn carriages, it is still allowed to make a round around the square. The place is also a popular meeting place for locals and tourists. The history of the city is within reach.

The government palace on the northern edge of the square is from the square by the palm trees and fountains as a foreground is a popular photo opportunity. Guided tours of the palace can be used as a presidential residence and for government meetings, but advance reservations are essential. At lunchtime you can watch the change of guard of the presidential guard from the square.

You can visit the majestic cathedral of Lima dating back to the 16th century and take a guided tour. With its baroque façade and two towers, the cathedral is one of the city’s most significant landmarks. Inside, the very eventful history of Lima is reflected in several paintings. The cathedral also houses the tomb of the notorious spanish conqueror Francisco Pizarro. Next to the cathedral is the Archbishop’s Palace (Palacio del Arzobispado), which is also a striking landmark with its antique wooden balconies. The gothic-style building fascinates with its artfully designed windows and lace towers.

In addition to the many yellow colonial buildings of the Mayor of Lima, which are located around the main square, there are many restaurants and shops in the side streets.

The area is known to locals rather than Plaza de Armas (Square of Arms). It dates back to the early 16th century cathedral. Throughout history, it was used as a marketplace and also as a bullring. Also, there used to be a place of execution with a gallows.

You will find Plaza Mayor in the city center on the south side of Río Rimac. Just one street further on is the disused Estación Desamparados, which today is mainly used for exhibitions. Opposite the street corner is the famous restaurant El Cordano, where many politicians and locals writers.

The construction of the first magnificent building at this point goes back in history to the year 1535. The spanish conqueror Francisco Pizarro, who subjugated the Inca empire to the spanish crown and founded the city of Lima, is said to have carried the first stone of the cathedral on his own shoulders to this place. About five years later, on march 11th, 1540, the opening and consecration of the then very simple church followed. Since then, numerous renovations, changes and extensions have been made to the facade and the equipment. Thus, the typical colonial facade has remained relatively well preserved until today. The appearance of the imposing structure visible today dates back to the third cathedral from 1746, as the previous church was destroyed by an earthquake in 1609. The first right side chapel houses the remains of Francisco Pizarro. Admission is always possible outside the church services and currently costs 10 soles, including a visit to the religious art museum to the right of the main altar.

The apostles welcome you at the three mighty entrance portals on the main side of the cathedral towards the Plaza de Armas. From the two bell towers between which the peruvian coat of arms emblazon, you can look down on the tiny visitors of the Plaza Mayor.

The access is through the main main portal, which is also called the “Gate of Forgiveness”. The inside of the cathedral shows the beautiful choir stalls and the baroque high altar, which is made of wood carving with ornate gold leaf.

In the middle of the historic city of Lima and not far from the Plaza Mayor is the Franciscan monastery of San Francisco from the 17th century and awaits you with its magnificent two churches, its extremely beautiful library and not to forget, with its eerie catacombs.

The Monasterio de San Francisco was built in the Baroque Spanish colonial style of the 17th century in the city center of Lima. The Franciscan monastery, a temple and the two churches of El Milagro (The Miracle) and La Soledad (The Solitude) are located on the site of the extensive complex.

With its impressive library and catacombs filled with countless bones, it offers a spectacular experience. The monastery in the historical center of Lima was declared a UNESCO World Heritage Site in 1991.

The church with its yellow and white facade of the colonial style is a very popular photo opportunity and can be photographed particularly well from the courtyard of the exterior of the monastery. In the catacombs below the church, the last remnants of a creepy past await you, with bones and skulls arranged in geometric patterns. According to historical data, about 75,000 bodies were buried in the catacombs. The visit to the catacombs is not necessarily something for people with weak nerves, the environment and rooms under the monastery complex are accessible via a guided tour and you can expect many bones and sights that can freeze the blood in your veins.

The very famous library of the Franciscan Monastery is a special highlight. The library houses about 25,000 ancient cultural and religious writings. Many of the works date from before the arrival of the Spanish conquerors in South America. One of the most famous works of the library is a Bible from 1571. The main altar of the church is made entirely of wood. The corridors have been decorated in the style of the 17th century with elaborately arranged tiles from Seville. Again and again, restoration work takes place to preserve the monastery complex in its essential core as it presents itself today.

Judas Thaddäus is the patron saint of this church and was one of the twelve apostles. Construction of the church began in 1673 but it was completed in 1774. The church survived the earthquake that had taken place in the previous years up to a very large earthquake in 1970 without much damage. During the earthquake in 1970, a violent quake led to extensive destruction. 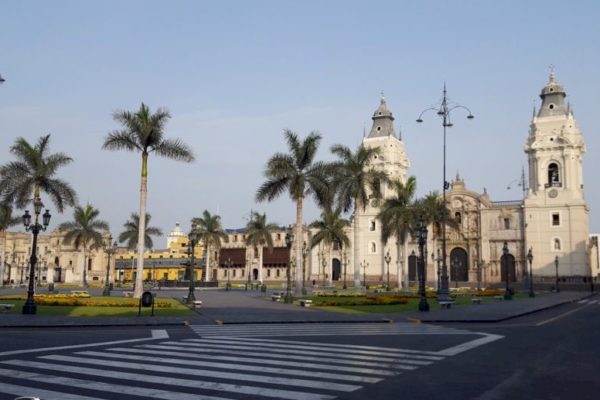 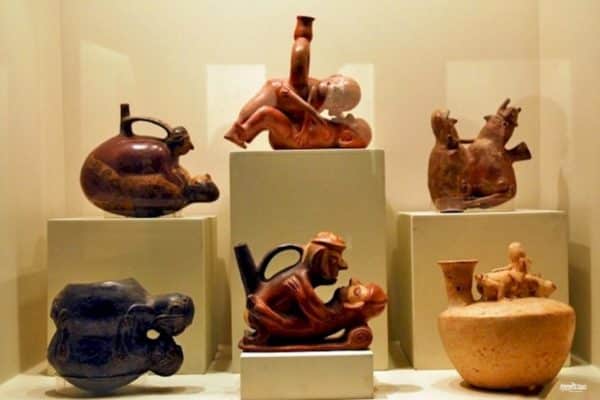 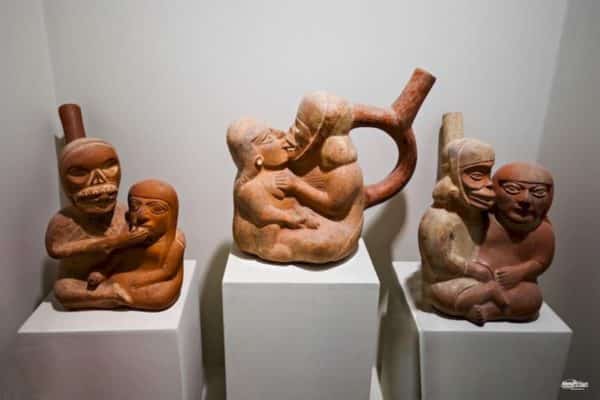