The Royal Tombs of Sipan Museum, located in Peru’s northern Lambayeque region, aims at showcasing one of the Americas’ major archaeological discoveries: the remains of Lord of Sipan.

According to Museum Director and Lord of Sipan discoverer Walter Alva, the funerary context was the first intact discovery of an ancient Peruvian ruler. It included ornaments and high-ranking emblems, which were found inside the tomb of Sipan and other Mochica culture dignitaries.

The finding provided valuable information —historically speaking— and caused a great impact on the understanding of the Mochica culture, its social structure, technological development, and religious beliefs.

The building project was a generous donation by architect Celso Prado Pastor and inspired by Mochicas’ great pyramid-shaped monuments. 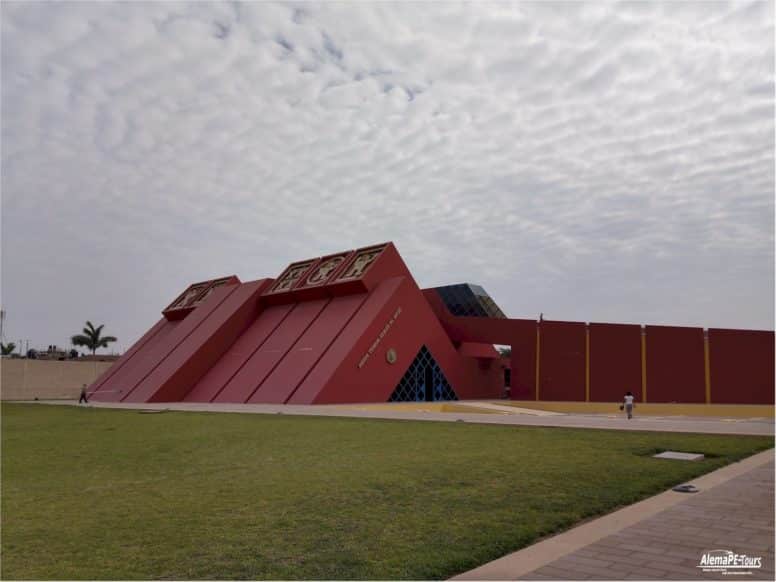 Museum visitors are provided with general information on the Mochica culture, its territory, social organization, agriculture, and major monuments. Plus, they are given a general introduction to Sipan’s sanctuary.

Likewise, the visit includes further details on Mochicas’ spiritual world, gods, and concepts of life from birth to death.
An exact replica of the funerary chamber —with extraordinary content and offerings— can be reached after an educational introduction on excavations.
Marvelous royal jewels and command emblems are displayed in their own spaces and with spot lighting.

The skeletal remains of Lord of Sipan lie in a respectfully decorated room, which shows the mausoleum-type of the museum destined for Mochica rulers. 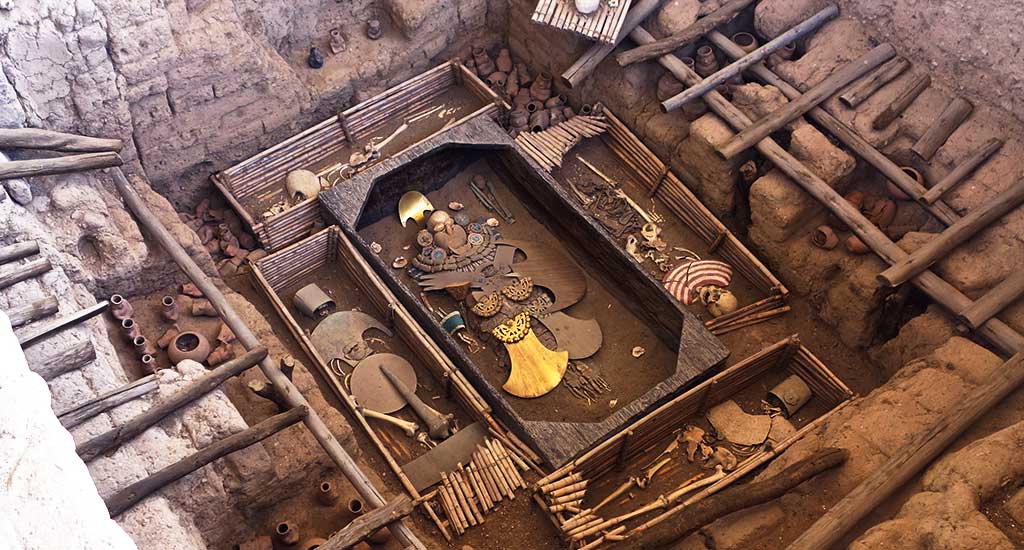 Other areas contain tombs —from different periods and hierarchies— of military chiefs and the elite’s religious assistants.
Traveling back into the past

The tour comes to an end once visitors get into the Lord of Sipan Royal House, a vivid reenactment —with mannequins, lighting effects, and traditional music— that recreates the magnificent time of the Mochica court.