New human burials have been uncovered in the lower part of Huaca El Rosal at Maranga Archaeological Complex, as part of the excavations carried out at Lima-based Parque de las Leyendas Zoo.
According to Archaeology Department head Lucenida Carrion, these burials reinforce the suspicion that the site used to be a 1300-year-old cemetery that dates back to the final stage of the Lima occupation.

According to the research, the burials contained two adult skeletons found with legs bent (squat position).

However, one of them was buried with a pottery vessel —placed at the level of the heels— lying on its left side. 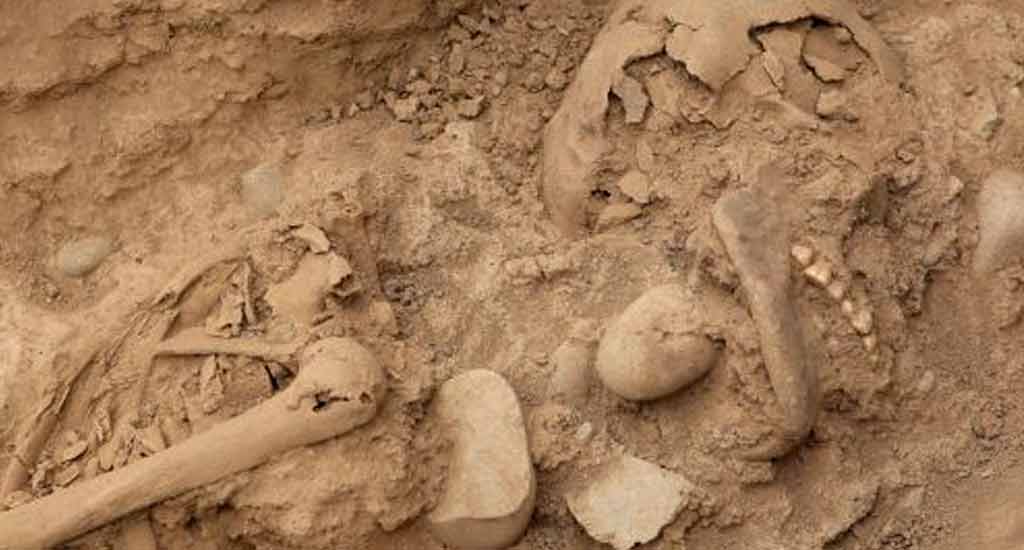 The other burial features a person’s torso and face pointing to the ground, with hips turned to the right and legs stacked one on top of the other in that direction.

As for the upper part of the body, the right arm is placed under the pelvis and the left one above the left leg. Given the position of the head, this one is supposed to be an offering.

Carrion reported that 17 burials have been unearthed at Huaca El Rosal between 2016 and this year. Most of the bodies were buried with pottery vessels, bottles, and stone tools.

The expert invited those interested to visit the Ernst W. Middendorf On-site Museum, whose admission is free once you have entered the zoo.

The exhibition place is open Monday through Sunday (including holidays) from 9:00 AM to 5:00 PM at Parque de las Leyendas facilities. Tour guides are available on request at no charge.