More than 400,000 tourists in the United States contemplated the impressive Lord of Sipan ornaments, which along with other masterpieces, were exhibited in a major pre-Hispanic art show called “Golden Kingdoms: Luxury and Legacy in the Ancient Americas.”

Held at the Getty Center in Los Angeles, California, the exhibition was co-organized by the J. Paul Getty Museum, the Getty Research Institute, and the Metropolitan Museum of Art of New York.
Peruvian Archaeologist Walter Alva —the Lord of Sipan’s discoverer— informed the archaeological pieces have returned to the Royal Tombs of Sipan Museum in Peru’s northern Lambayeque region after being shown at the major international exhibition.

A selection of 10 exquisite objects from the burial chamber of Lord of Sipan and Old Lord of Sipan was seen by nearly half a million museumgoers.

“The 425,000 attendees were astonished by the ear spools, rattles, coxal protectors, nose rings, among other gold, silver, and copper artworks manufactured by Moche metalsmiths 1,700 years ago,” the archaeologist noted.

Representing the cultural legacy of Lambayeque, these pieces —and other relics from Peru and different countries in the Americas— were shown from 16 September 2017 to 28 January 2018 at the Getty Center in Los Angeles and from 28 February to 28 May 2018 at the Metropolitan Museum of Art of New York. 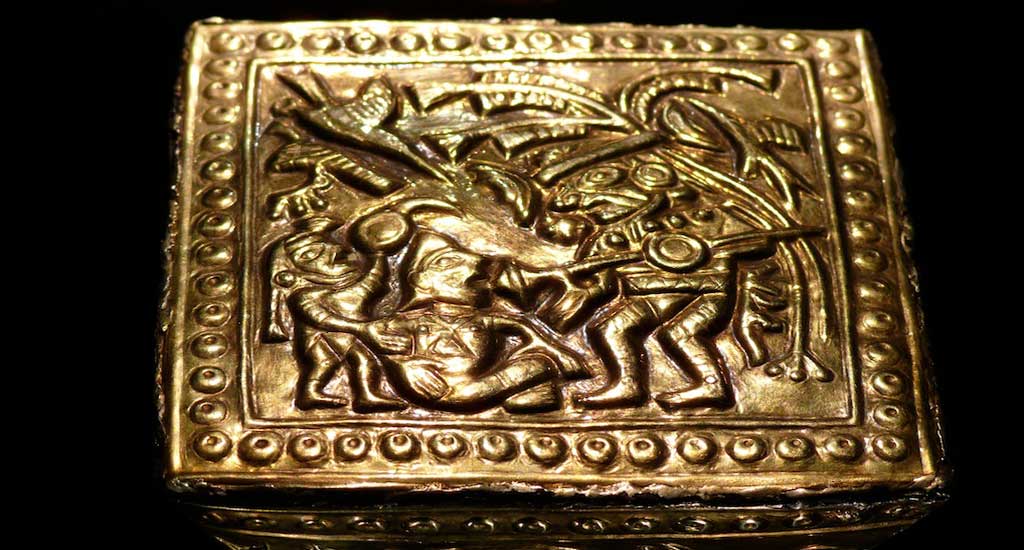 Alva explained the exhibit provided a unique showcase to promote Peru’s cultural heritage to the world and was the first exhibition gathering major luxury arts of the ancient Americas.

The display featured jewels and ornaments worn by governors and religious leaders from different cultures across the Americas.
About the exhibit

Golden Kingdoms, a major international loan exhibition featuring more than 300 masterpieces, traces the development of luxury arts in the Americas from about 1000 BC to the arrival of Europeans in the early sixteenth century.

A recent investigation into the historical, cultural, social, and political conditions under which such works were produced and circulated has led to new ways of thinking about materials, luxury, and the visual arts from a global perspective.