The repatriation of the thousands of foreign tourists who are still stranded in Peru is becoming increasingly difficult after the closure of borders, due to the slow pace at which the government deals with requests from other countries to authorize the arrival of flights from abroad and the demands of the Civil Defense (Indeci) to be able to board visitors from provinces to Lima, to which is now added the definitive closure of Jorge Chavez International Airport.

This was stated to Turiweb by the president of the Peruvian Association of Incoming and Internal Tourism Operators (Apotur), Heddy Vílchez, who said that around 15,000 foreign visitors still remain in our country, according to estimates by Mincetur.

“From organized tourism there are about 2,000 passengers and from Apotur they reach almost 1,000, the rest are tourists who came to our country on their own,” revealed Vílchez.

Fifty percent of them are in Lima, 40% in Cusco and the rest in other cities of the country. “Those who are in the provinces we cannot bring to Lima,” said the head of Apotur.

She explained that in order to authorize the boarding of foreign tourists to Lima on humanitarian flights, Indeci requires that they be able to guarantee an immediate international connection with a maximum of three hours from their arrival in the capital, which is almost impossible due to the fact that there are no regular flights or scheduled schedules. Those that arrive are charter flights coordinated with the different embassies.

“As a security measure, Indeci does not want tourists to stay in Lima; therefore, they would have to come from Cusco directly to take their international flight, which is difficult because as we do not have commercial flights, we do not have schedules and we do not know when they leave, we cannot make that match. That is the big problem that we hope can be solved.

“With the closure of Jorge Chavez airport, now all operations are through the Air Group No. 8, which makes the operation even more difficult because of the size it has, it is not a very large airport, is more limited than the Jorge Chavez. But I think that with order and better distribution of schedules, we will be able to attend to the flights that come from different countries to rescue their fellow citizens,” he told Turiweb. 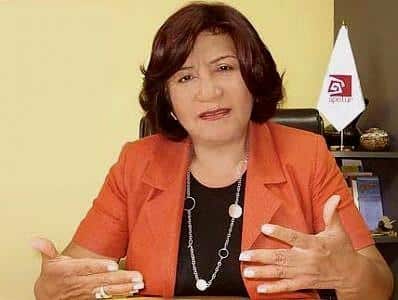 The head of Apotur said her business association is making strenuous efforts to help foreign tourists return to their home countries.

In this regard, she expressed her surprise to see “in situ” the presence of foreign tourists from Scandinavian and Hebrew countries, as well as Australia and New Zealand.

“We have realized how well Peru is known. We had tourists from many destinations, people we never thought would visit our country”, said Vílchez.

Heddy Vílchez reported that, thanks to the joint work and support of her associates, they have been able to send tourists from the region back to their countries. However, she said the problem is with European tourists.

She revealed that Apotur was recently able to chat with flights from Cusco to Lima, moving around 300 tourists of different nationalities. At present, he said the problem is how to repatriate them to their countries of origin in Europe, in the shortest time possible.

“We are asking for flexibility in the time to repatriate them and not three hours as the government has stipulated,” he said.